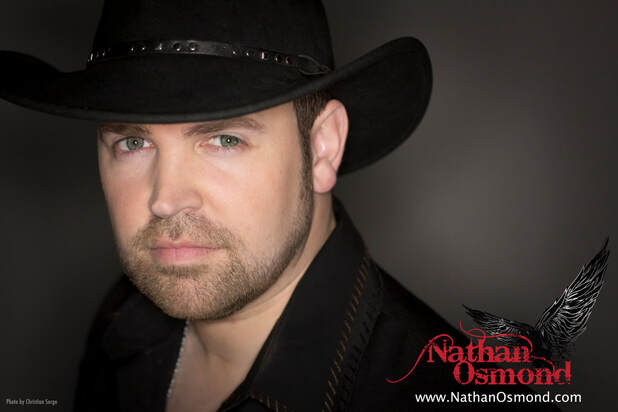 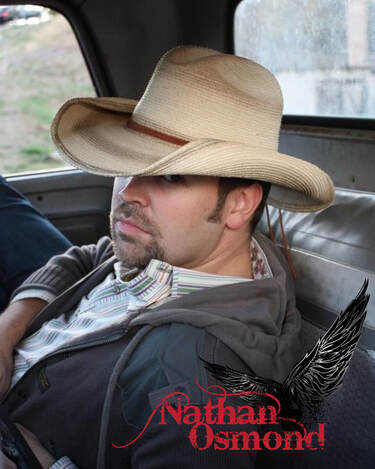 He’s shared the stage with some of the industry’s biggest names including Carrie Underwood, Trace Adkins, Chris Young, Martina McBride, Alabama, Lonestar, Montgomery Gentry, and more. From headlining some of Royal Caribbean's largest Cruise Lines to wowing sold-out stadiums, Nathan has performed in over 29 Countries, singing in many of their languages. He recently starred as himself in the hit film, “Even in Dreams” featuring his hit single, “Welcome to the Party.”

Nathan has recorded with several Country music legends including Collin Raye and Linda Davis, and he even replaced Vince Gill’s vocals on a #1 hit duet with the world’s very first CMA winner, Jack Green of the Grand Ole Opry. He is a proud CMA member and loves writing original music. He recently recorded his second duet with Country music legend, Linda Davis, on an original song that will be released later this year.

In addition to his musical career, Nathan is a certified life coach and shares his insights on his weekly podcast, “Achieving Awesomeness Now.” He interviews New York Times Best-Selling authors, doctors, celebrities, etc. His show is designed to inspire the listener to step into their greatness and inspire others to do the same.

Nathan has won several prestigious awards in his career including the Ten Outstanding Young American Award from the United States Junior Chamber (The JAYCEES) for his musical achievements & humanitarian efforts. He also won the John C. Maxwell Leadership Award two years in a row in the category of Arts & Entertainment. Nathan was also made an Honorary Command Sergeant Major and was even let inside the Pentagon because of his many efforts to serve our troops. His latest album is called “Homeward Bound Heroes” and was written to help benefit our Wounded Warriors. The Utah Valley Veterans Service Organization gave him the Entertainer Of The Year Award. He was also presented the Statue of Responsibility because of his work with the troops.

He is president of Ntune Productions and recently launched OsmondHomeLoans.com “Saving The World One Mortgage At A Time” NMLS#2043092. He is married to Sarah Eileen Osmond, and they are the proud parents of 4 sons - Zachary, Corbin, Samuel, and Beckham and a cute dog named Blizzard.
CLICK HERE TO LEARN MORE ABOUT NATHAN
Opening Act - The Crescent Super Band 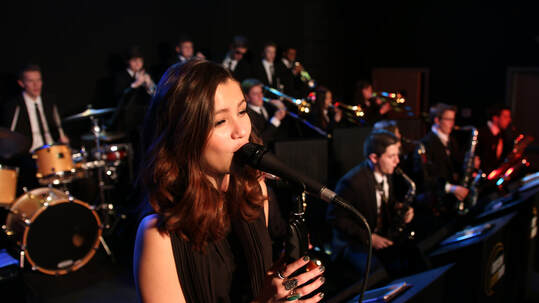 The band has worked with many of the biggest names in music, including members of The Killers, Toto, Journey, AC/DC, Big Bad Voodoo Daddy, the Saturday Night Live Band, and jazz legends like Wynton and Branford Marsalis, Trombone Shorty, Herbie Hancock, Randy Brecker, and others.

The band will be releasing their sixth full-length album, “High Hopes,” in Spring 2022, featuring powerful new and unique big band arrangements of music by Post Malone, Billie Eilish, Panic! At The Disco, Lizzo, and more.
Fireworks 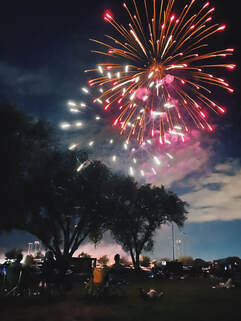 ​The annual Steel Days fireworks display has become a highly anticipated part of American Fork's city celebration. Over the years this show has become known as one of the best fireworks displays in Utah County, and residents are not going to want to miss this year's show. The fireworks will be launched from north of the new baseball fields at Art Dye Park (1000 N. 550 E.) and will begin at dark (approximately 10:00 p.m.). While the fireworks are visible from all over the city, audience members attending the Big Show will have the best seats for watching them.
Proudly powered by Weebly